[I’m in Guatemala now, finally starting to get caught up on these blog posts from Mexico.]

The ride from Creel to Durango contained some of my favourite riding of the trip so far, particularly the stretch between Balleza, Chihuahua, up until the point where I connected to the highway 23 just before Chinacates. Having finished riding through the rest of Mexico at this point, I can look back and easily call this section the highlight of my almost four months in Mexico. This was the rugged, wild, and free cowboy country I remember most fondly of Mexico. Here were some of the friendliest and most hospitable people I’ve ever met, where invitations to delicious home cooked meals were an almost daily occurrence.

I had a couple different route options to get from Creel to Durango, both of which were appealing, but in the end I came up with my own route that passed through the least number of towns which, considering the significantly increasing population density further south in Mexico, I figured might be the most remote I could get for a while. The only disappointment on this route was that I didn’t realize until afterwards that I could have kept going on dirt roads from Norogachi all the way to the start of the descent into Balleza, avoiding the much longer highway to Guachochi and then Balleza.

Unfortunately I’ve always been embarrassed being seen taking pictures, so I don’t have much to show other than the same repetitive pictures of landscapes and roads. 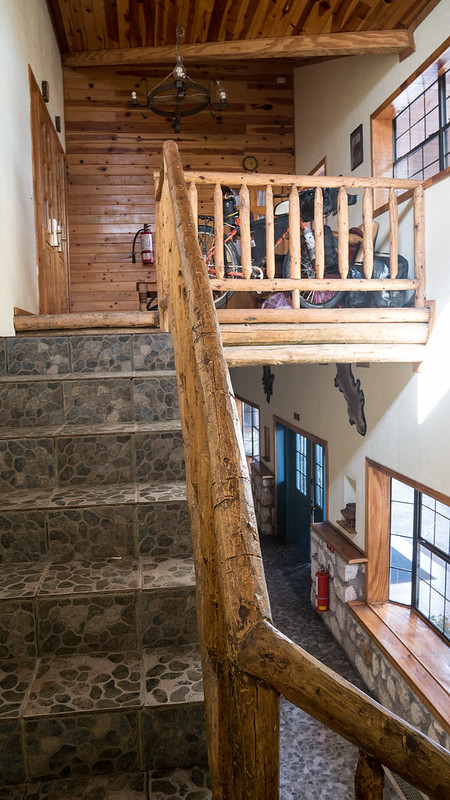 I somehow managed to “camp” undetected for two nights at the top of this staircase in the Best Western hotel in Creel. I had been using their internet while waiting out the pouring rain during the day and nobody had gone up there so I just ended up sleeping on the couch. 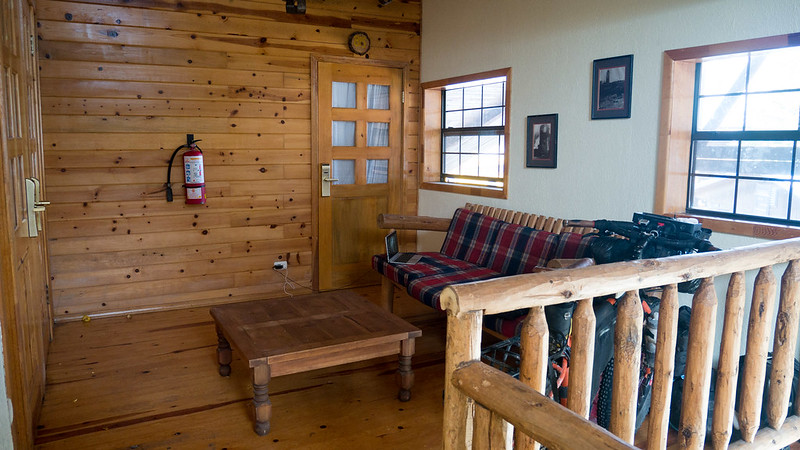 I’m not exactly sure how I would’ve explained myself in Spanish if anyone did come up. 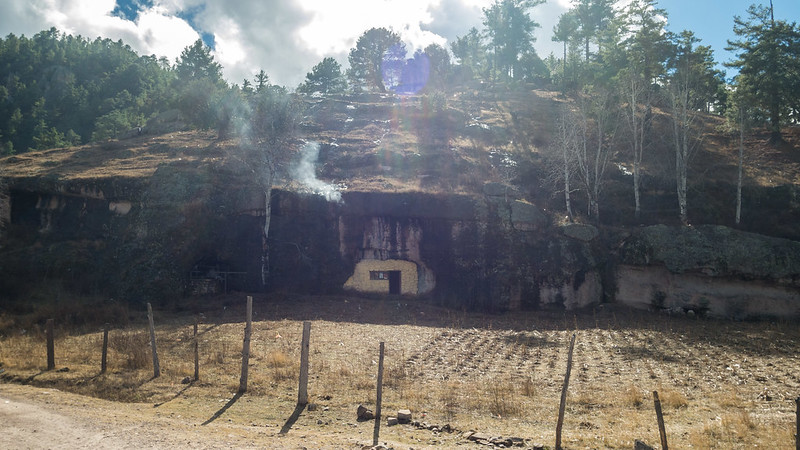 I passed through a number of Tarahumara native settlements after leaving Creel. They often live in rather poor conditions, sometimes without roofs. Caves in the rocks make good homes. 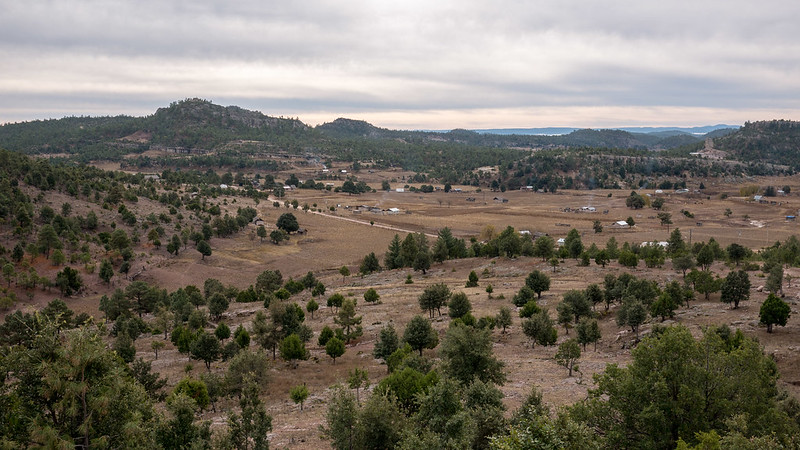 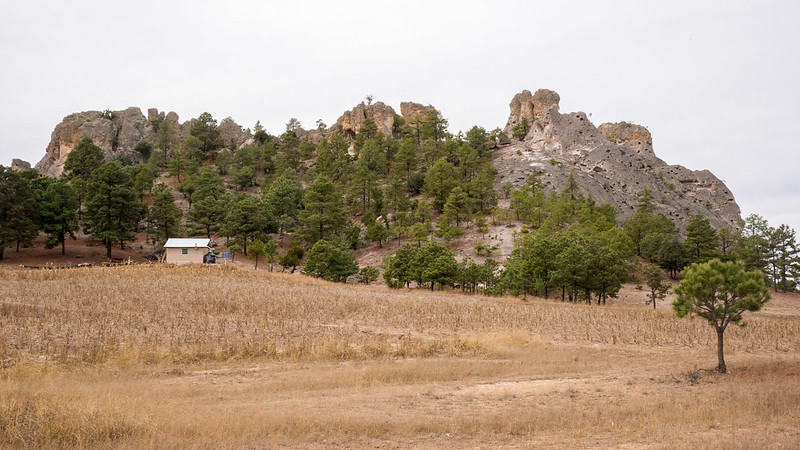 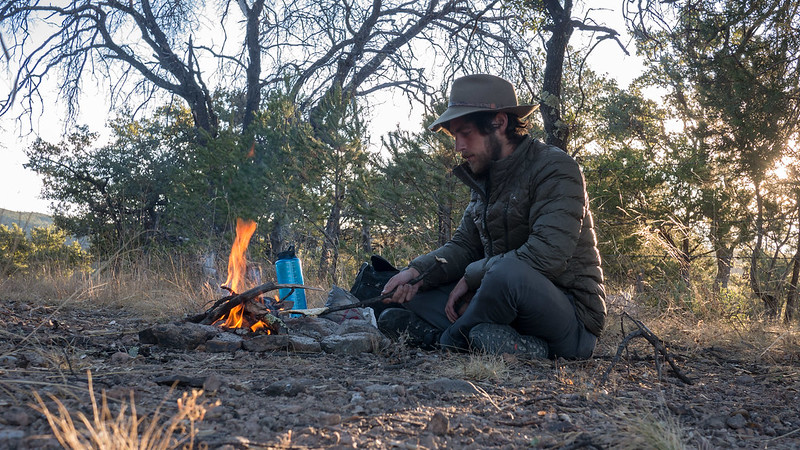 Corn tortillas warmed over a fire. I thought about all the people in the world at that particular moment who were eating some fancy and expensive meal and laughed to myself for how much better off I had it. “The man is richest whose pleasures are cheapest.”
[Disclaimer: You can’t realistically subsist on corn tortillas alone. It’s highly advisable to add other forms of nourishment to your diet as well, such as fruits and vegetables.] 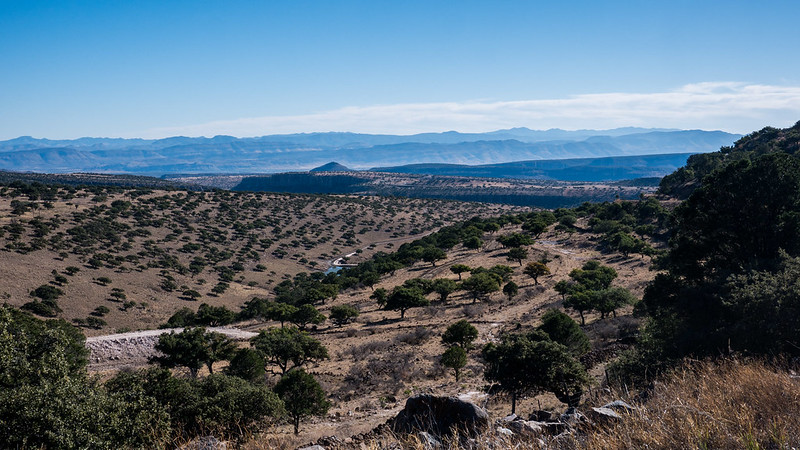 A bit of a disorienting appearance with each tree’s shadow. 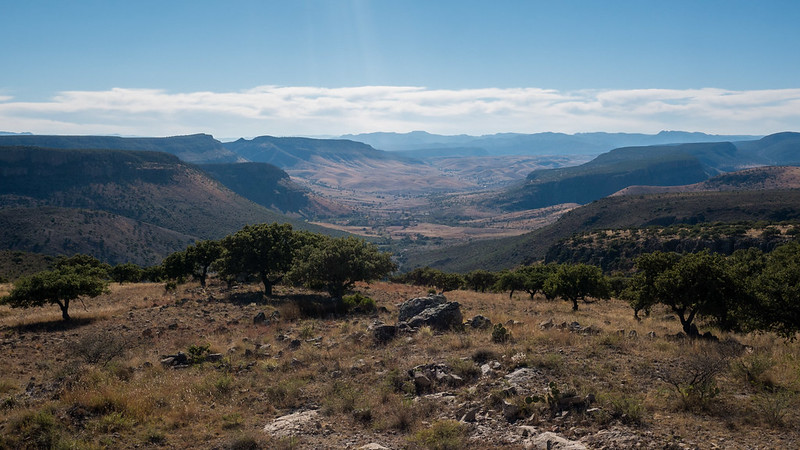 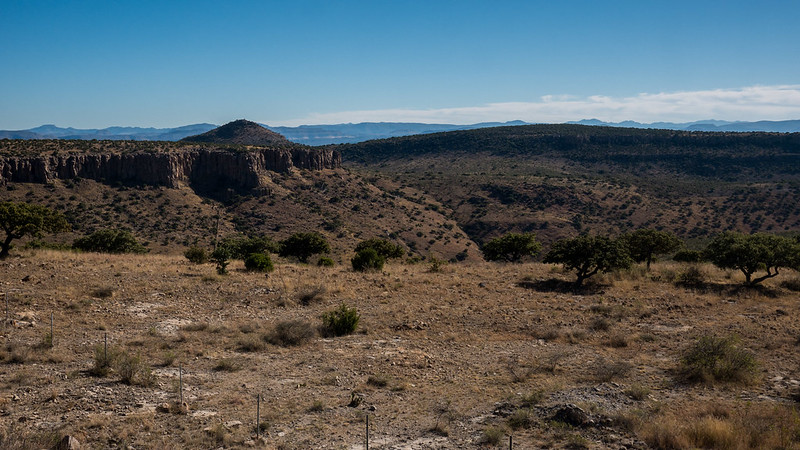 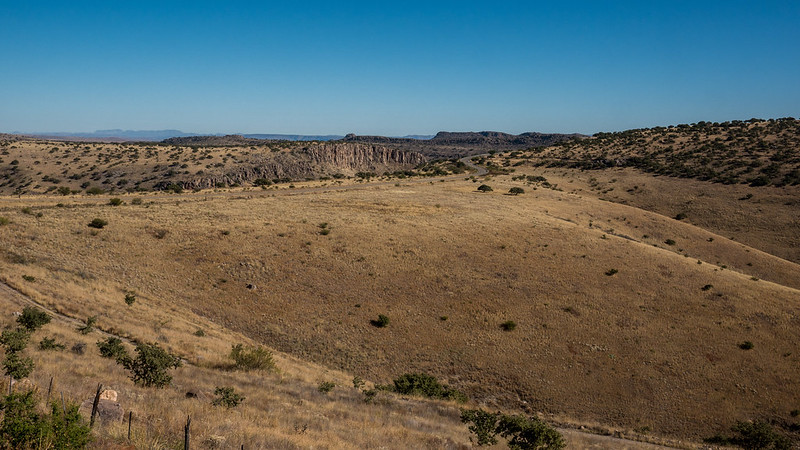 Just before a long 25km descent into the town of Balleza. 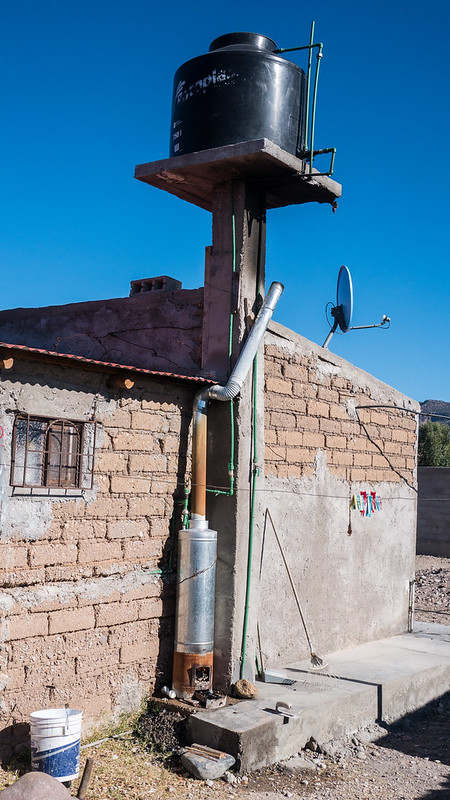 Not only hospitable, but ingeniously resourceful. The pipe on this wood burning hot water heater burst and in less than a minute Ramón had cut a piece of a bicycle tube, wrapped it around the hole, and held it in place with some bailing wire. This was also the first place I had tamales. 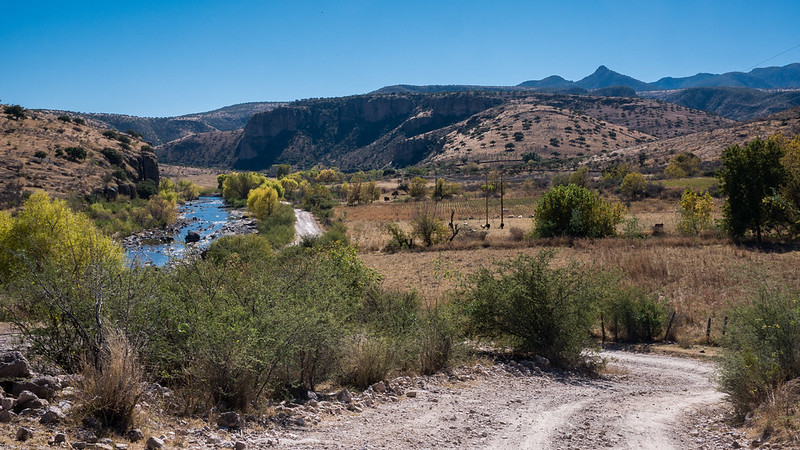 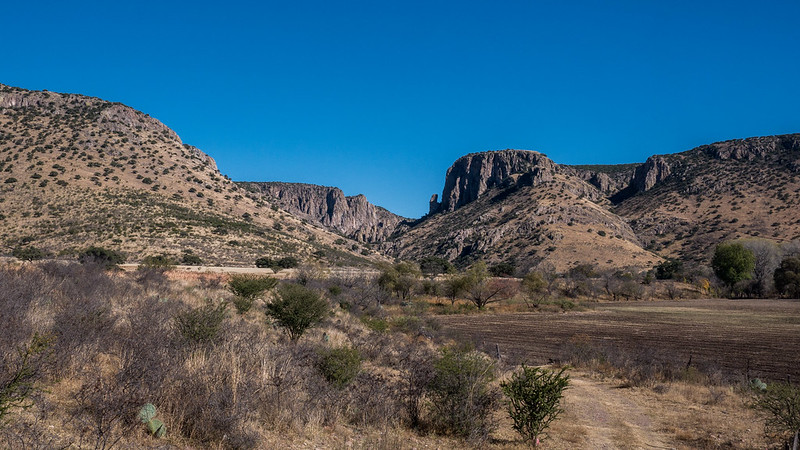 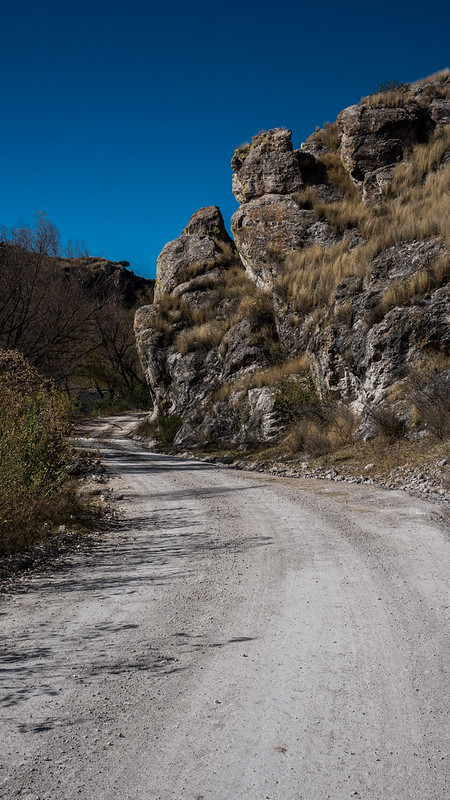 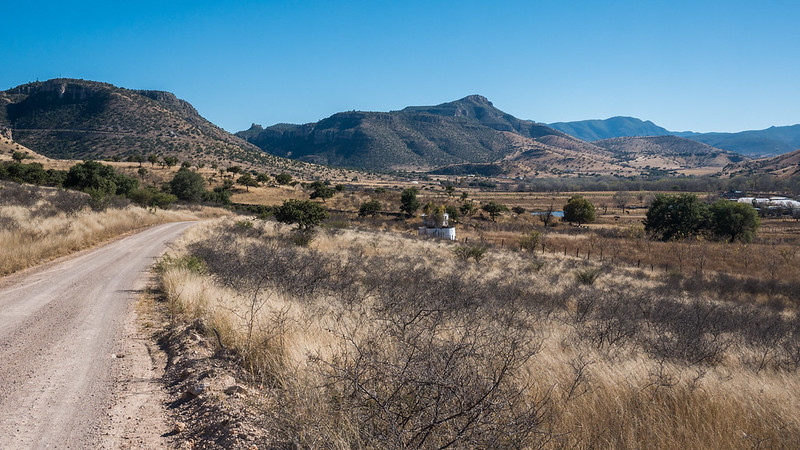 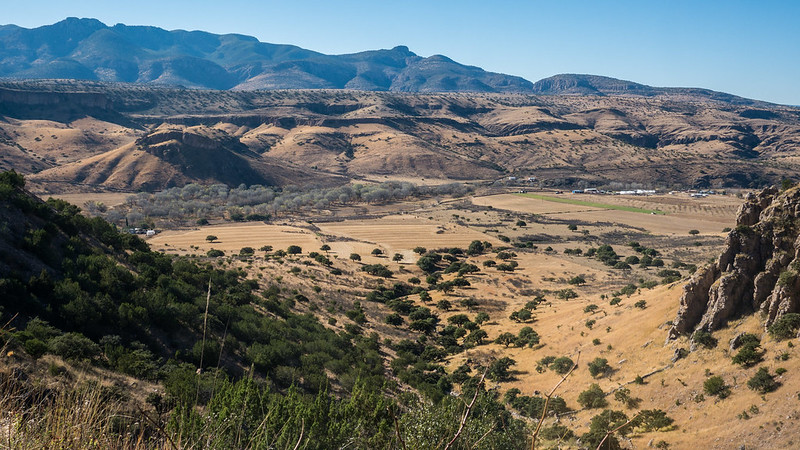 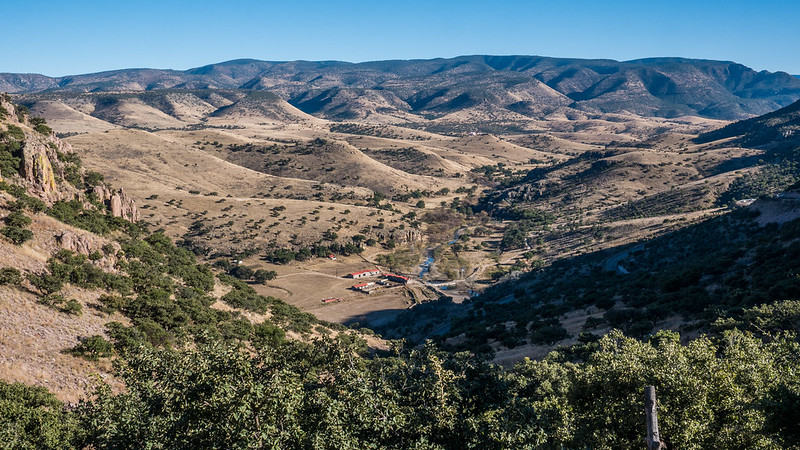 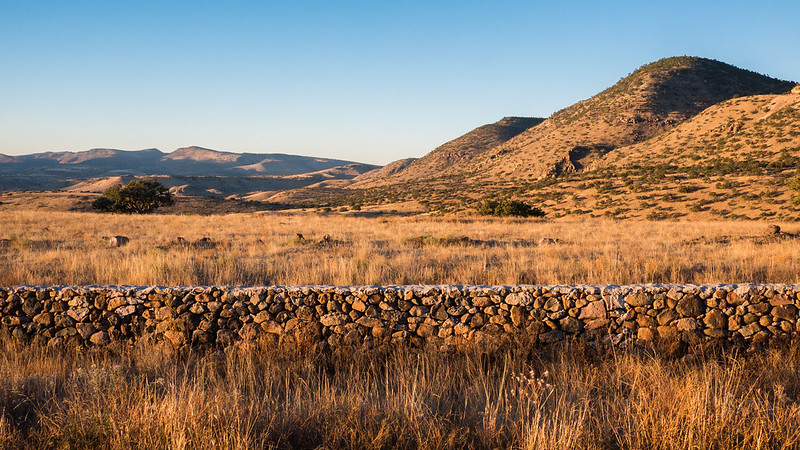 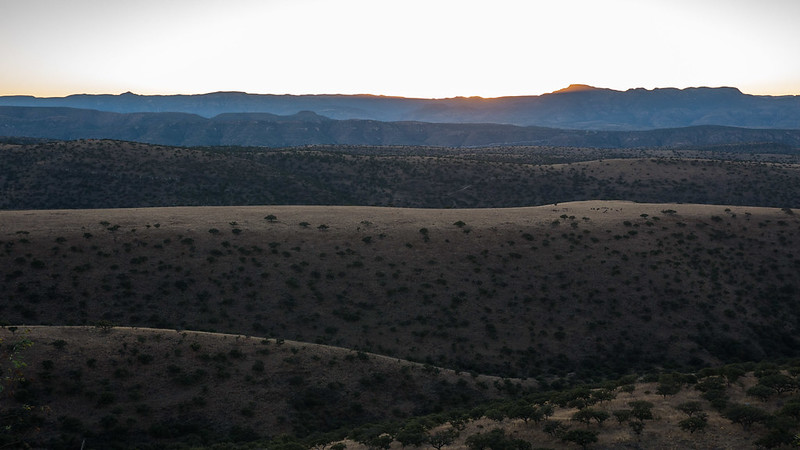 I set up camp beside an abandoned house after finally reaching the top of a somewhat unexpected climb, though I knew I’d have to go up again after the long descent to Balleza. After I had got a fire going and was boiling water to make some pasta, an entire family of two parents and about four children stepped out of the darkness to find out who I was and what I was doing – and then make sure I didn’t need any blankets. A few minutes after they left, the children returned with a plate of burritos. And of course I couldn’t leave without being given breakfast after returning the plate in the morning. 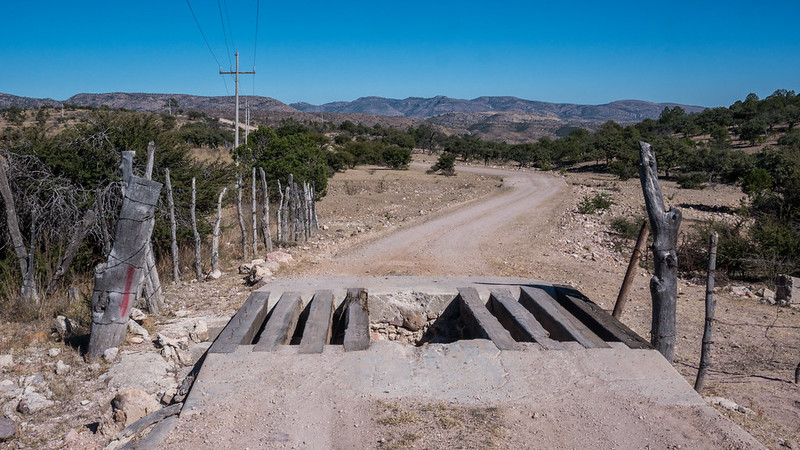 These cattle guards could cause some serious damage if you’re not careful. 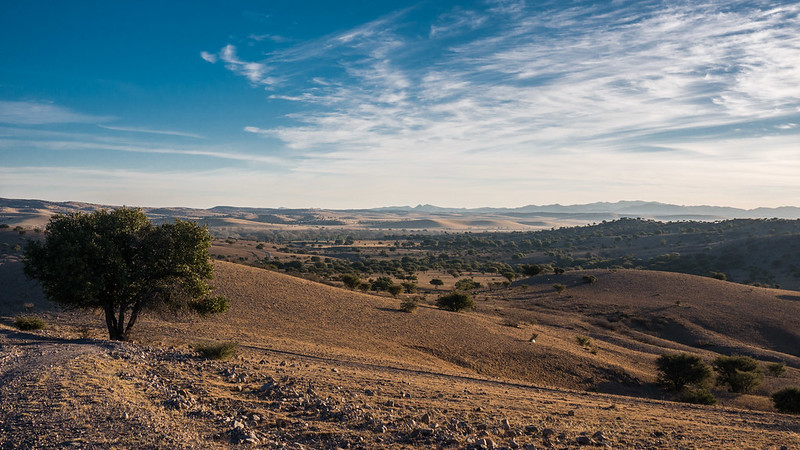 The view in the morning heading out of Villa Orestes Pereyra, or Rosario, the names aren’t always consistent. A few days of views like this on perfect dirt roads make for some of the best riding imaginable. 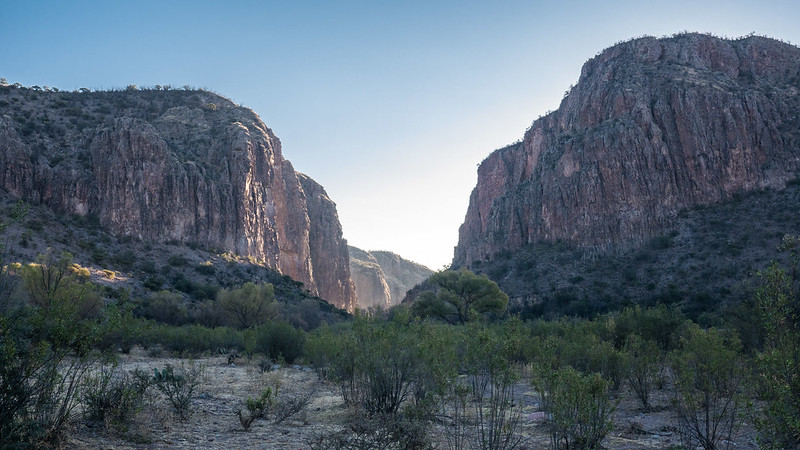 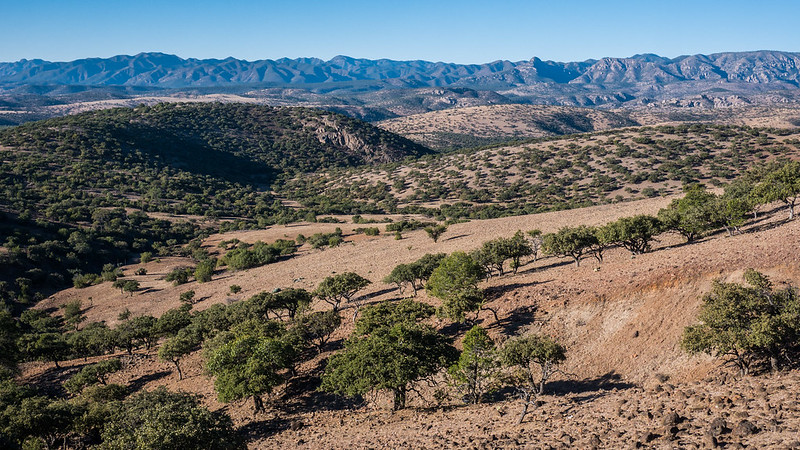 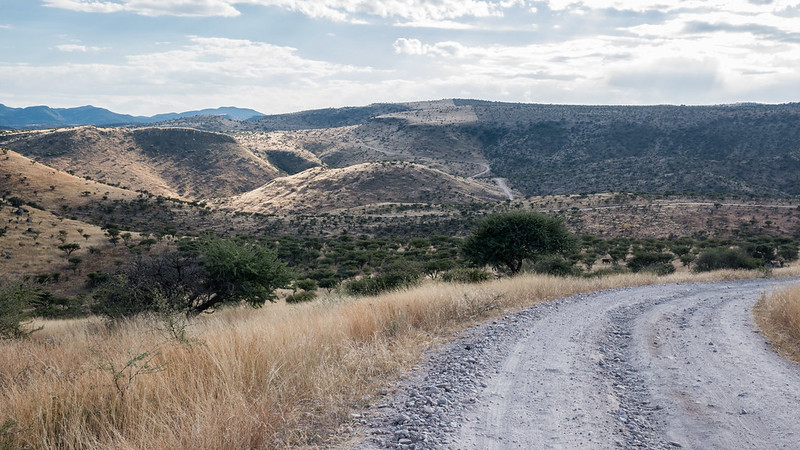 Just little ups and little downs – nothing too strenuous. 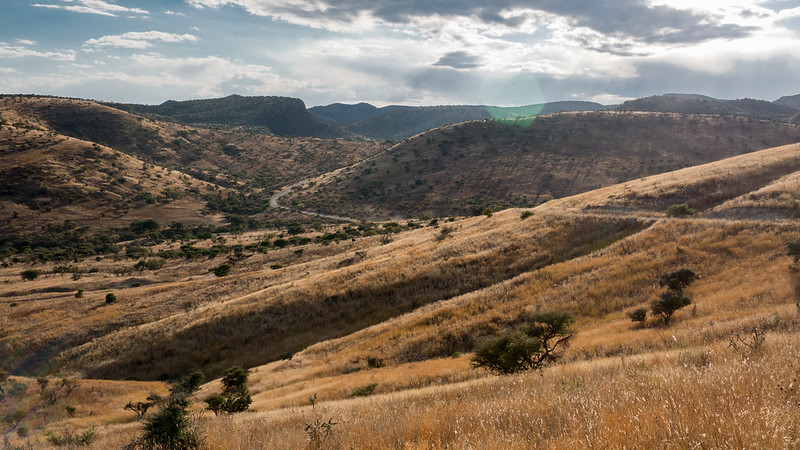 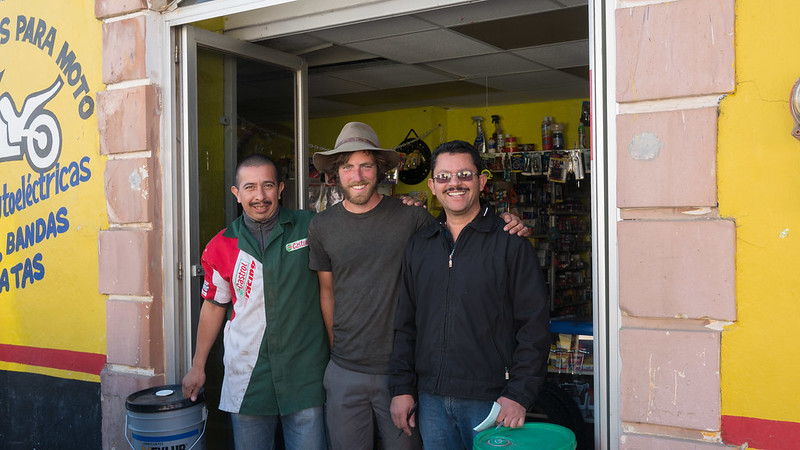 It would be very hard not to make friends in Canatlán. I got there in the early afternoon and was planning on riding straight through, but could hardly turn a corner or go down a street without being stopped by someone who wanted to take a picture or offer something. Someone gave me money I wasn’t allowed to refuse and told me to go to a gordita restaurant down the street. I went, ordered a meal, was given a second meal, and then they refused to take any money at all. Barely making it down the next street, a lady gave me a bag of tortillas from her tortilleria. One thing after another after another – the generosity just went on and on. It ended up getting too late to go any further and I had to accept one of the numerous offers I had received for a place to stay. 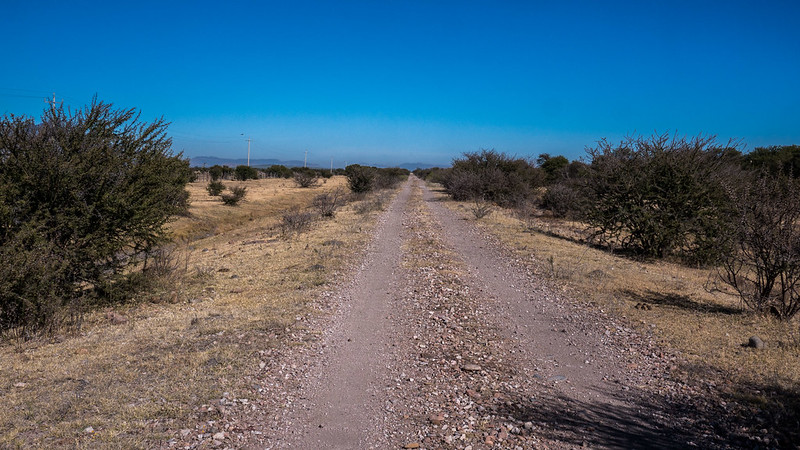 From Canatlán you can bypass the highway by taking an old railway road for about 40km to the next town of Morcillo, which leaves about 17km of highway to get to Durango. 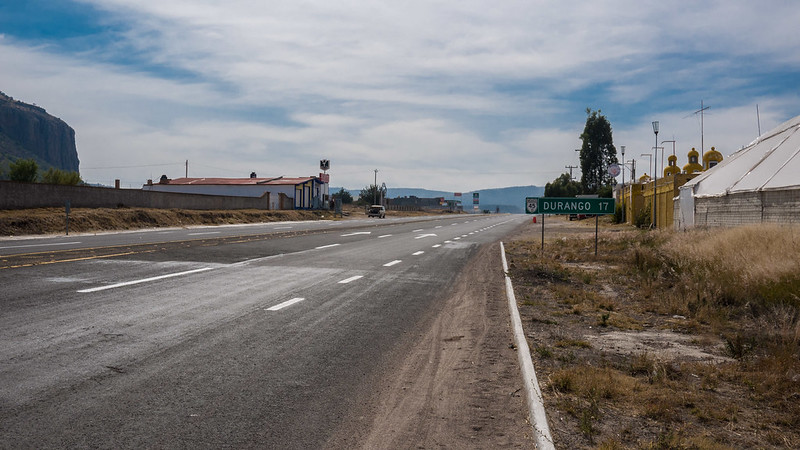 3 thoughts on “Creel to Durango”